A  SHUTZHUND trial begins with a temperament test for all entered dog's where the handler must walk the dog       through a crowd of strangers, and the judge observes the dog's reaction to be being approached closely on a        loose leash. Dogs that show shyness or aggression are dismissed from the trial. This basic temperament test is    repeated and must be passed before each trial. This help to ensure that the dog is safe with strangers and in a     crowded situation.

Shutzhund is a performance event that tests a dog's character, intelligence, courage and athleticism. As a     working trial, Shutzhund measures the dog's mental stability, endurance, structural efficiencies, ability to    scent, willingness to work, courage, and train ability. Titles can be earned at three levels; SCHUTZHUND 1, 2   and 3 (abbreviated SchH1 ect..)To earn a title at each level, a dog must demonstrate proficiency in                    TRACKING, OBEDIENCE, and PROTECTION. The dog's must successfully completing a series of exercise in           each  phase to receive a passing scores in all three phases to be awarded the title at a trial.

They are raised on a small farm in a family atmosphere, loved and well cared for from day one

Schutzhund was developed in Germany in the early 1900s as a breed suitability test for the GERMAN                SHEPHERD DOG. It was designed to test the natural instincts of the breed and to weed out the dogs that           were either unstable or untrainable. This helped ensure that breeding stock would pass on the most                desirable traits to working dogs such as police dogs, military dogs and search and rescue dogs.

Given once a year, only to a group of outstanding select German Shepherd at a SIEGER SHOW.

The OBEDIENCE phase includes a series of heeling exercises,some of which are closely in and around a group of      people. During the heeling ,there is a gun shot test to assure that the dog does not openly react to such sharp    noises. There is also a series of field exercises in which the dog is commanded to sit, lie down and stand while     the handler continues to move. From these various positions, the dog is recalled to the handler. With dumbbells   of various weights, the dog is required to retrieve on a flat surface, over a one-meter hurdle and over a six-foot    slanted wall. The dog is also asked to run in a straight direction from its handler on command and lie down on     a second command.  Finally, each dog is expected to stay in a lying down position away from its handler,                 despite  distractions, at the other end of the obedience field, while another dog completes the above exercises.    All of the obedience exercises are tests of the dog's temperament, structural efficiency and very importantly,       its willingness to serve man and woman.

Puppies are from top quality V and VA1 rated dams and sires of Champion line relatives.

We breed for exceptional quality, temperament, health,           and intelligence 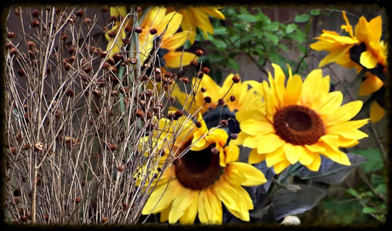 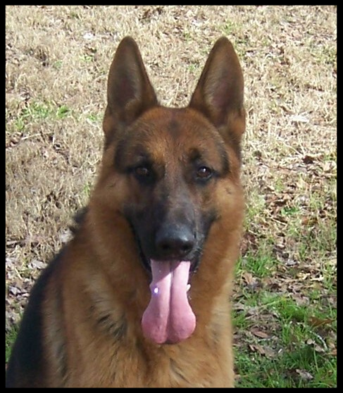 The PROTECTION phase test the dog's courage, physical strength and agility. The handler's control for the dog   is absolutely essential. The exercises include a search of hiding places, finding a hidden person ( acting as a      human decoy ), and guarding that decoy while the handler approaches. The dog is expected to pursue the            decoy when an escape is attempted and to hold the grip ( bite ) firmly. The decoy is searched and transported      to the judge with the handler and dog walking behind and later at the decoy's side. When the decoy attempts    to attack the handler, the dog is expected to stop the attack with a firm grip and no hesitation. The final test      of courage occurs  when the decoy is asked to come out of a hiding place by the judge from the opposite end     of the trial field. The dog is sent after the decoy when he refuses to listen to the handler's command to stop.      The decoy then runs directly at the dog threatening the dog with a stick. All grips during the protection              phase  are expected to be firmly placed on the padded sleeve and stopped on command and or when the decoy   discontinues the fight. The protection test are intended to assure that the dog is neither a coward nor a              criminal menace. Dogs that are out of control are dismissed, as well as dogs that do not release the bite.

All of our puppies are registered with AKC, vaccinated,

VA1 mean to be awarded the title of CHAMPIONSHIP and then receive a TROPHY for being the      very best of SCHUTZHUND ( SchH3 ) 3 level test at a SIEGER SHOW.

Our dogs and puppies are suitable for excellent family               companions, protection and show

We offer high quality German Shepherds at a low price

KKL1  mean that the German Shepherd is especially recommended for breeding.

SchH3 mean receiving a passing scores in all 3 levels test at a SIEGER SHOW.

Our sire's are DNA tested

Health and hips are guaranteed in writing

TRACKING in Schutzhund is sometimes referred as "footstep tracking.." The dogs is required to keep his nose         on the grown the entire track and locates certain articles strategically placed on the track. Tracking is a test      of the dog's ability to concentrate on a single task for extended periods of time and independence in solving         problems as handler must be 33 feet behind the dog. The working out of the track must be methodical and            precise. The most advanced tracking titles are over 1800 paces, aged for 3 hours, and involve complex angles,       varying surfaces, and laid by a stranger.

Our German Shepherds are from West German Bloodlines